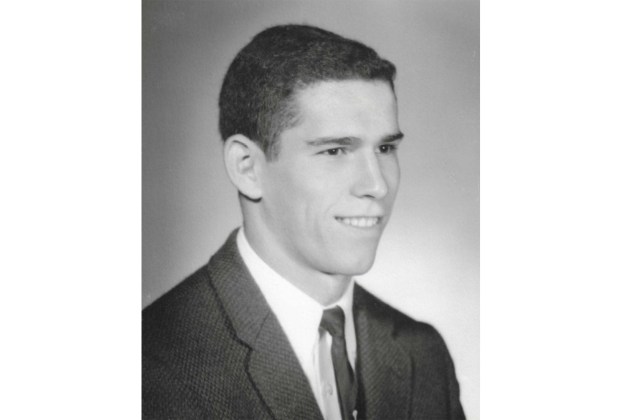 Thomas ‘Tommy’ Marvin Hudson of Water Valley, MS went to be with his Lord, Jesus Christ, on July 9, 2021. Tommy is survived by his daughter, Victoria Brooke Andrews, and his son in law, Eric Andrews; his grandsons, Cooper Andrews of Benton, AR and Weston Thomas Hudson of Springdale, AR. He is preceded in death by his wife, Vikki Ransom Hudson; his son, Thomas Taylor Hudson; and his granddaughter, Sophia Presley Hudson.

Tommy was born on February 16, 1947 in Water Valley, MS. Bill and Wilma Hudson were proud parents of an avid athlete, a brilliant student, and most importantly a kind spirit. He loved looking out for his little sisters and enjoyed growing up in the country life of the Mississippi rolling hills. His baseball talents took him to Ole Miss where he had much success both on and off the baseball field. There, he met the love of his life, Vikki Ransom, and they married on June 5, 1971. He received a Bachelor’s Degree in Civil Engineering, and then the couple started pursuing their love of travel which took them all over the world, ranging from Alaska to Saudi Arabia.

The family finally settled in Greenwood, MS in 1980, where Vikki became a State Farm Agent. This would eventually move the family to Rogers, AR and finally to Harrison, AR where they lived for 24 years. He had a passion for making a piece of property beautiful. The backyards of the Hudsons have been ‘famous’ for giving the feeling of being at a resort, being surrounded by beautiful plants, water features and wildlife.

‘Hudson’ as Vikki referred to him, was also known for some of the most unbelievable card tricks you’ve ever seen. Oftentimes, he would be surrounded by small groups of friends, full of laughter and disbelief at his talents. He also had a love for gardening and had a vegetable garden larger than a football field that he tended to himself. He would tell everyone in the neighborhood that they could pick what they wanted, then he would donate the rest to the food kitchen. He was no doubt a kind soul. However, his greatest passion was for hunting and fishing. He could catch more crappie on a Saturday morning than most could catch in a month. This is a love that he shared with his son, Taylor, and has passed on to his grandsons, Tommy and Cooper.

Tommy was a truly wonderful man, husband, father, “Pa”, brother, uncle and friend. He will be missed, but his family has comfort knowing he has been reunited with not only his family and loved ones, but also his Lord and Savior, Jesus Christ. There will be a private, graveside service Tuesday, July 13, at Pinecrest Funeral Home, followed by a public Celebration of Life from 10-11:30 following the service at the Pinecrest Funeral Home and Memorial Park at 7401 Hwy 5 N, Alexander, AR, 72002, where food and drinks will be served. Pallbearers will be Cooper Andrews, Eric Andrews, Jake Gray, Jason Brown, Jerad Brothers, Jeremiah Oltmans, Vernon Tappana and Weston “Tommy” Hudson. In lieu of flowers, the family asks that you consider a donation to the Alzheimer’s Foundation at https://alzfdn.org/support-us/donate.