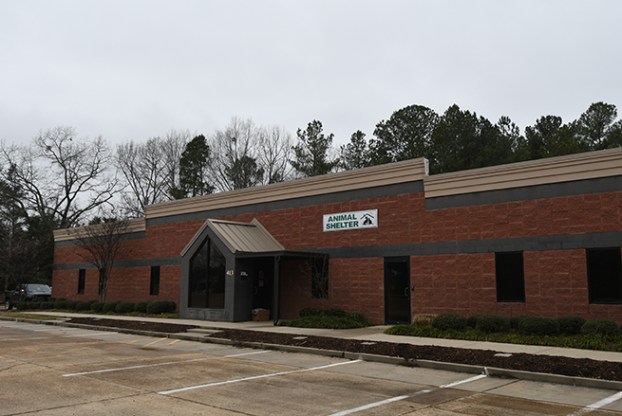 The Oxford Board of Aldermen hired Nicole Young to serve as director for the new Animal Resource Center, which is replacing Mississippi Critters at the Oxford animal shelter. (Bruce Newman, Oxford Eagle)

Progress continues to be made toward the City of Oxford’s Animal Resource Center, with a new director hired this week.

During Tuesday’s Board of Aldermen meeting, the hire of Nicole Young to be the center’s director was approved. Young is coming to Oxford from Memphis, where she served as the head of customer care for the Memphis Animal Center for the last three years. Young worked as lead nurse at an emergency veterinarian clinic prior to her time at Memphis Animal Center.

Young will begin on May 17, according to Mayor Robyn Tannehill.

“When we first met Nicole, we knew we had found the director we’d been searching for,” Tannehill said during Tuesday’s meeting. “We believe she will be a great asset.”

Renovations have already begun at the shelter, which was previously managed by Mississippi Critterz before its contract was terminated by the city in March. Last month, the city unveiled its $1 million renovation plan for the shelter.

When Oxford’s Animal Resource Center opens, which the Board on Tuesday voted as the official new name for the shelter, it will only be taking in animals within the city limits and not from all of Lafayette County. That is due to the Aldermen declining the Lafayette County Board of Supervisors’ proposal to help manage the center.

The county’s plan included paying 17 percent of the shelter’s expenses. Tannehill noted she and Bart Robinson, the city’s Chief Operation Officer, recently sat down with two supervisors and other county officials to discuss what a partnership between the city and the county would look like, regarding the Animal Resource Center.

The city’s estimated annual budget to run the center is around $869,000, and they asked the county to split the estimated $682,000 in annual costs, which was calculated after taking out animal control services and modifications to the building and its equipment, to run the center. That would break down to $28,500 per month paid by the county.

The estimated budget was prepared by looking at other resource centers and past expenses of the shelter, according to Tannehill.

Lafayette County’s six-month proposal would pay $9,994 a month, which is what the county was paying Mississippi Critterz for managing the former shelter. The proposal also stated it would allow the use of a van for transporting animals. Following the end of the original six months, the county would sit down with the city again to discuss expenses, progress of the shelter and a future agreement.

Several of the Aldermen did not find the county’s proposal to be sufficient to handle the amount of animals the center would be taking in, based on previous numbers of former iterations of the shelter. The Board was open to the county deciding to make a different proposal at any time to help manage the shelter.

“There has always been more county animals coming into the shelter than from the city,” Alderman Janice Antonow said. “I don’t think it’s enough money to take care of all the animals. …If the county looks at it and decides to contribute the full amount at any point, we should allow them to join so we can start taking in county animals.”

Tannehill noted a website for the center and social media pages would be created by the city and operational soon.