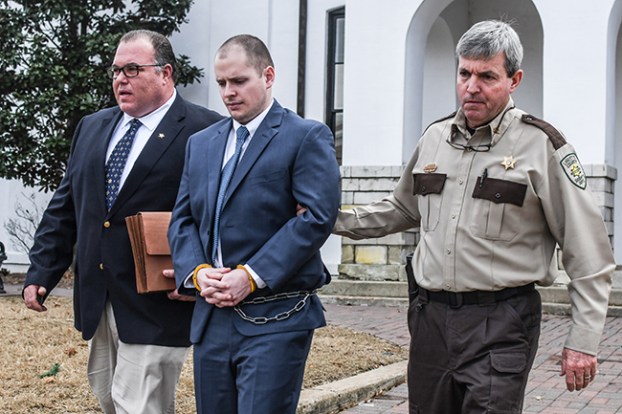 Steven “Matt” Wilbanks, foreground, escorted by Lafayette County chief investigator Alan Wilburn, left, and chief deputy Scott Mills, leaves the Lafayette County Courthouse in Oxford, Miss. on Thursday, February 15, 2018. Wilbanks, who was found guilty of capital murder for the 2013 shooting death of Zacharias Hercules McClendon on Tuesday, was sentenced to the death penalty on Thursday. On March 27, 2019 Judge Andrew Howorth granted the order of a new trial for Wilbanks following two potential errors with the jury.

Steven Wilbanks asks to represent himself in new murder trial

A former Ole Miss student is asking to represent himself without a jury trial for a new trial regarding the murder of his former classmate.

Steven Matthew Wilbanks is currently sitting on death row after being convicted for the 2013 murder of Zacharias McClendon. A jury found Wilbanks guilty in 2018 and sentenced him to death.

Last year, Wilbanks was granted a new trial after his attorneys at the time claimed the jury selection for their client’s trial was tainted and that there were errors in the jury instructions.

On Sept. 11, Wilbanks’ attorney, Kelsey L. Rushing, filed a motion for waiver of a jury trial. Rushing’s motion stated his client’s wish to have a bench trial, meaning a sitting Circuit Court judge would determine the new verdict as opposed to a jury.

Three days later, Wilbanks filed two more motions. One was asking to dismiss Rushing as his counsel, and the second was to proceed Pro Se, or to act as his own representation, in the new trial’s proceedings.

“Counsel and client are unable to agree and client does not desire representation by counsel, Kelsey L. Rushing, any further,” the motion reads.

Wilbanks’ motion to dismiss his attorney goes on to specify that Rushing has “acted against client’s desires and has not clearly stated a desire to continue such actions, with complete indifference to client’s objections and other requests.”

The Circuit Court has not responded to Wilbanks’ motions.

On Dec. 17, 2013, Wilbanks, along with Joseph Lyons and Derrick Boone, entered McClendon’s apartment. Wilbanks shot McClendon in the back of the head with a 16-gauge shotgun while McClendon was doing dishes, according to court documents. The murder took place on County Road 140 just off of College Hill Road in Oxford.

Wilbanks testified in 2018 that the plan was to kill McClendon so they could steal his money, credit cards and other belongings. Boone and Lyons pleaded guilty in exchange to have the death penalty taken off the table and are both serving life sentences without the possibility of parole. Wilbanks was not offered a plea deal, since he was the one who pulled the trigger.

At the time of the incident, Wilbanks and Boone were enrolled at Ole Miss and Lyons was a former student. McClendon, a first-year graduate student from Gulfport, was pursuing a Master’s of Business Administration at Ole Miss.

In March 2019, Wilbanks submitted a hand-written letter, stating he did not want to have another trial nor put McClendon’s family through that entire process again.

“I never wanted to contest the verdict, Wilbanks’ letter read. “I do not wish to put the McClendon family, my family or the state of Mississippi through another painful, debilitating trial,” Wilbanks wrote. “I’d rather go back to Death Row.” 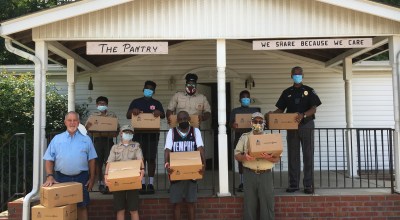