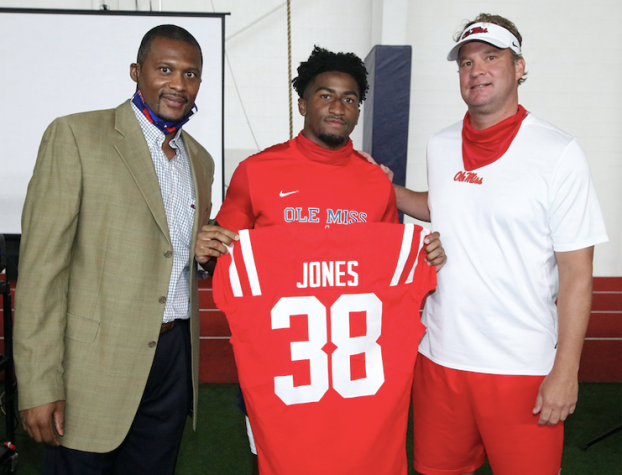 Ole Miss has revealed who will wear the honorary No. 38 this season.

On Thursday, the program announced senior defensive back Jaylon Jones is the 2020 Chucky Mullins Courage Award winner. By receiving the award, Jones will don No. 38, the number worn by Mullins during the late 1980s.

Jones is the 30th recipient of the award in its 31-year history.

The award is sponsored by Phi Beta Sigma fraternity and honors the late Mullins, who had his Ole Miss career cut short after suffering an on-the-field injury during the Rebels’ game against Vanderbilt in 1989. Mullins was paralyzed after attempting to tackle Vanderbilt’s Brad Gaines.

Mullins returned to Ole Miss to continue his studies, but succumbed to his injuries on May 6, 1991.

Jones is selected by head coach Lane Kiffin out of a long list of several veteran defensive players. The award is presented annually to an upperclassmen defensive player that embodies the spirit of Mullins, which includes courage, leadership, perseverance and determination.

A four-year letterwinner, Jones has played in 36 games as a Rebel, including 14 starts in the secondary. He has recorded 100 total tackles and 14 pass breakups during his career.