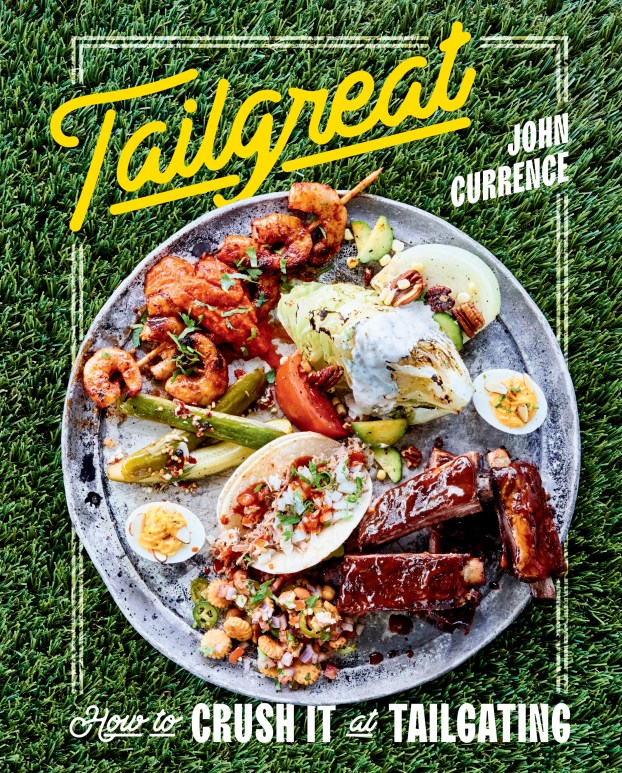 Beloved local Chef John Currence released his third book last week, a cookbook titled “Tailgreat: How to Crush It at Tailgating,” in which he envisions his ideal tailgate, inspired by decades of experience partaking in the gameday ritual.

Regarding the untimeliness of releasing a tailgating recipe book during a global health epidemic that’s halted most organized sporting events, John Currence commented that it was a calculated risk that was made back in April, after a “lively debate.” Ultimately the publisher decided that they really wanted to move ahead with it, and “give a beacon of hope to folks, should we not be able to attend football. It gives the opportunity to tailgate at home, and a guide to do that,” Currence said.

As the Grove itself has been referred to as the Ole Miss living room, Currence makes an outstanding effort at transporting the best food & drink furnishings imaginable at any Grove tent setup, to the comforts of your own living room.

The new hardcover book contains over 120 recipes, many of which tested well at the countless tailgates to which the James Beard Award-winning chef has contributed his culinary expertise– since he began going to Ole Miss games regularly in the early 2000s.

The catering division of Currence’s City Grocery Restaurant Group, called The Main Event, has also been providing tailgate menus for game goers for nearly seven years, helping gauge the popularity or functionality of certain items at a tailgate.

The recipes in “Tailgreat” span from breakfast foods on through to desserts and sweets, with something for practically every taste in between. They all include entertaining stories or introductions, often crediting a dish to a family member, a friend or colleague, or a discovery during one of the author’s far and wide travels. A number of the recipes also nod to his hometown of New Orleans.

The first chapter, “11:00 Kickoff,” begins with one of the staples from the cocktail parties his folks would host when he was a kid, Smoked Ham Biscuits with Cultured Butter. Then the author shares another from his parents’ get-togethers in the following chapter, “Chalk Talk,“ called Becky’s Cheese Puffs. The chef and restaurateur admits he was unable to recreate the latter for years until his mother’s passing, when he inherited her treasured recipes, along with generations of other family recipes.

One of the popular favorites at the recipe testings for the book, according to Currence, were the Indian-Spiced Shrimp Skewers with Harissa, featured in a chapter devoted entirely to wraps and meat on a stick. He sets the mood for the spicy shrimp treat recipe by recalling his stumbling upon it at a small, fire-lit market one evening in Ahmedabad, India.

On the other end of the geographic spectrum, is his take on the slugburger, which originated in Northeast Mississippi. The old-fashioned hamburger has been celebrated at an annual festival in Corinth, MS, and also by the world of competitive eating.

Another that fetched a good response at his recipe testings (where also the book’s many stunning color food photos were shot) was the Indian-Spiced Oyster Cracker Chaat, which Currence said folks were really into at these testings, which assessed what he called the “viability of the recipes.”

“They’re all special to me,” he acknowledged recently by phone. “If you read through the book, every recipe’s got a story that goes along to it…that connects it to some point in my life.” He added, “so it’s really like sharing the food on that level–as what I’m most passionate about. It’s like telling stories through the food.”

Signed copies of “Tailgreat” are available to order from The Mail Event Catering through citygrocerycatering@gmail.com  or at Square Books.