Nine Ole Miss football players in quarantine due to… 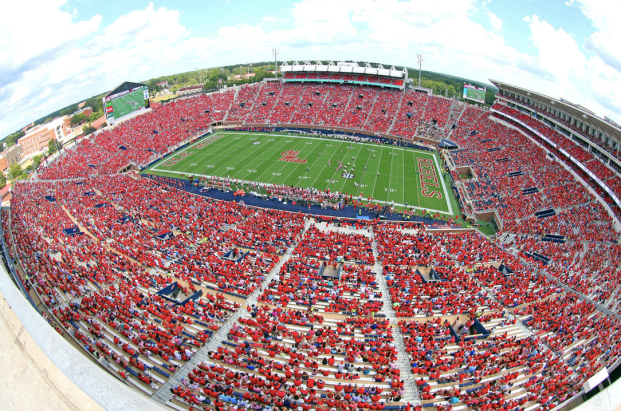 Nobody knows how the college football season will look, or if it will even happen, but Ole Miss is beginning to make plans with the intention of having as many fans as possible in attendance.

On June 8, Ole Miss provided an update on football ticket sales and how their selection process of tickets will go if capacity limitations are placed on Vaught-Hemingway Stadium.

With COVID-19 still an active threat and professional sports starting to resume without fans at first, the NCAA and other individual conferences have not made any decision on what will be permitted come September.

“Obviously that message that we sent out, our goal and our intention is to be at full capacity if we can,” said associate athletic director and chief revenue officer Wesley Owen. “Knowing that things could change at any point, and we knew it was going to be fluid, there is a possibility of reduced capacity. We wanted to make sure that we laid out that plan in advance rather than trying to come back and try to figure out how we would do it.”

Owen works in the Ole Miss Athletics Foundation and oversees annual giving and the ticket office.

If capacity limitations are necessary, the following steps will be taken in order by Ole Miss regarding ticket priority:

Owen and his staff began working on different situations and scenarios to have them ready if capacity limitations call for 75 percent, 50 percent or even 25 percent occupancy this season. Social distancing protocols are part of each scenario as well.

“We’ve done all those scenarios, and now we’re in like a wait-and-see period to actually enact one of those options,” Owen said. “We’re in a decent spot, because we haven’t done seat selection yet. Obviously, with us not having a certain guideline with what we can do, we decided to push (seat selection) back so that maybe if we wait until the end of July, maybe we can have a little more guidance.”

While there are some seats in different sections of the stadium, most of the seating is comprised of bleachers with no natural divider between seats. That has become the biggest challenge for Owen and his staff if Vaught-Hemingway is not allowed to have full capacity.

“The other side of this that we have to consider is, if they say 50 percent (capacity), yet social distancing rules are still part of those guidelines, based on our stadium we wouldn’t be able to get 50 percent because we can’t keep people six feet apart without being able to be at about 25 percent,” Owen said.

No official decision has been made regarding seating capacity at football stadiums, but that is one of the “worst case scenarios” Owen said he has already prepared for, along with having no fans allowed at all. If social distancing protocols are enacted due to capacity limitations, Owen said they will sell blocks of tickets for approved areas of the stadium through the Ole Miss Tickets website.

Ole Miss announced earlier this spring the switch to digital ticketing, which is helping with delaying the seat selection process. Owen said due to not having to print out physical tickets and mail them to ticket holders like in previous years, it helps them wait as long as possible.

Tickets are normally being sent to the printers by late July, but with digital tickets being used, Owen said the seat selection process can be completed as far out as a week before the home opener on Sept. 12, but that his office hopes to have it done by mid- to late August.