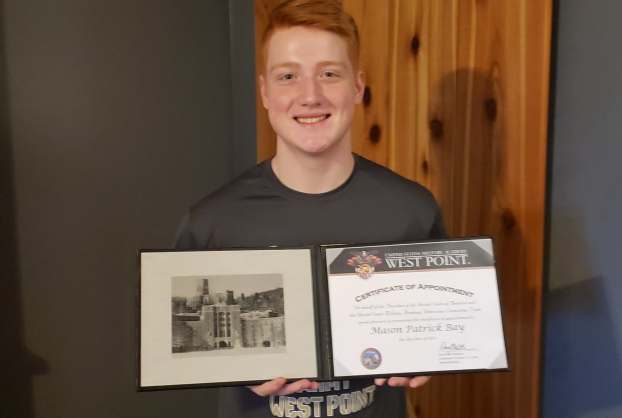 Mason Bay, Clay Cromwell and John Michael Meagher will be serving their country as they move on to the next step of their academic careers this fall.

“The coronavirus pandemic put a stop to most traditional ceremonies and celebrations, making 2020 a year to remember,” Kelly said in a statement on his website. “In the face of this disruption to our way of life, Mississippians have forged ahead with unique and special ways to recognize high school and college graduations. … As your Representative, it is my privilege to help young people achieve their dreams to serve as an officer in the U.S. Armed Forces. This pursuit begins with an appointment to one of America’s prestigious military academies.”

A senior at Lafayette High School and the Class of 2020’s valedictorian, Bay received an appointment to the U.S. Military Academy at West Point, N.Y. Bay will be following in his great-grandfather, grandfather, father and brother’s footsteps, who all served in the armed forces ahead of him.

Bay will be pursuing a Space Science degree, and is expected to be part of the first graduating class of the new program.

“I am eager to serve America as an aviator,” Bay said. “This is a dream that has come true for me.”

Two Oxford High School seniors will also be serving their country: Cromwell and Meagher. Both were appointed to the U.S. Naval Academy in Annapolis, Md. Teammates on the Chargers football team the past four years, the pair will continue to be teammates as members of the Navy’s football team.

Cromwell is the first member of his family to attend a service academy. He is interested in the study of oceanography and upon graduation intends to serve as a Marine Corps Infantry Officer.

“I want to follow in the footsteps of my father, who also served as a Marine Corps Infantry Officer,” Cromwell said. “I am very excited to be nominated by Congressman Kelly. I know it is pretty rare. I know there will be great people at the U.S. Naval Academy who will become the leaders of our Nation. I hope to be one of them.”

Meagher plans to major in chemical or electrical engineering and has a dream of becoming an aviator in the U.S. Armed Forces like his grandfather and father before him.