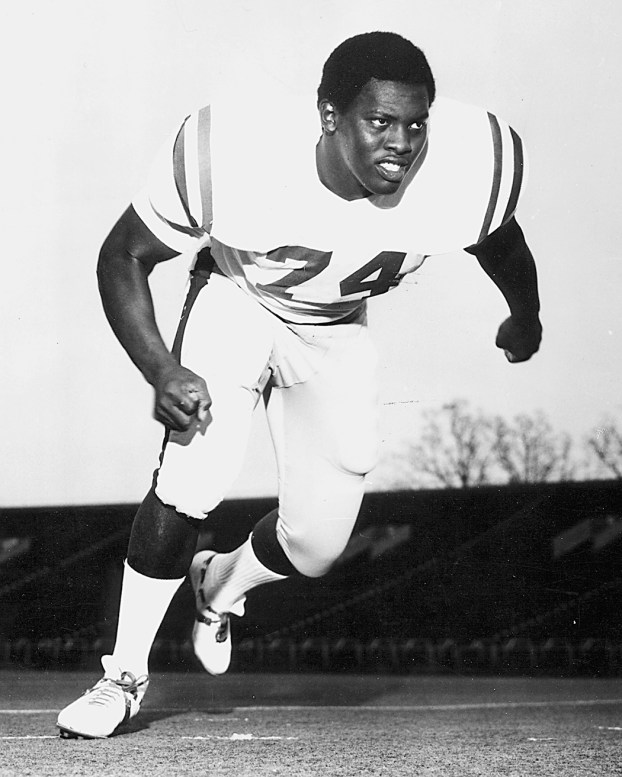 One of the University of Mississippi’s most groundbreaking student-athletes died on Monday.

Robert Jerry “Ben” Williams died of natural causes at the age of 65 at St. Dominic Memorial Hospital in Jackson, according to a release provided by the University.

Williams, who was affectionately known as “Gentle Ben,” joined James Reed in 1971 as the first African-American student-athletes to sign football scholarships with Ole Miss.

The Yazoo City native was a four-year letterwinner for the Rebels, and the first African-American Ole Miss football player to earn All-American honors, landing on the first team following his senior season in 1975. Williams was also a three-time first team All-SEC selection and member of Ole Miss’s Football Team of the Century.

“Gentle Ben’s impact on our university, the SEC and college football as a whole is immeasurable,” said Keith Carter, Ole Miss vice chancellor for Intercollegiate Athletics. “Ben not only helped break the race barrier for our football program, but was also the first African-American student to be elected by the student body for what is now known as Mr. Ole Miss. He was a great person, player and ambassador for our university, and will forever be beloved by Rebel Nation.”

Williams owns the school record for career sacks with 37, including an Ole Miss single-season record 18 in 1973. He recorded 377 tackles, including a career-high 116 during his senior season.

Following his Ole Miss career, Williams spent 10 years playing for the Buffalo Bills in the NFL. In 1983, he was selected for the Pro Bowl. Williams retired as the Bills’ franchise leader with 45.5 career sacks and was later named to the Top 50 All-Time Bills team.

Williams went on to become a businessman and owner of LYNCO Construction in Jackson.