Parking to be altered due to East Jackson Avenue… 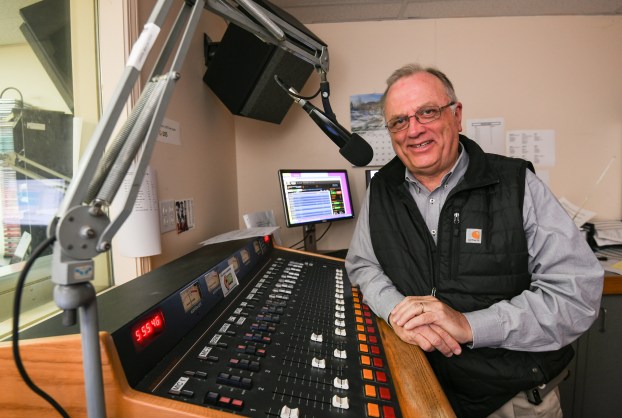 Editor’s Note: This story originally ran in the PROFILES 2020 publication.

Rick Mize has several accolades to his name, including a Country Music Association award, but no accomplishment means more to him than running a local radio station.

In 2020, the idea of locally-owned radio stations seems increasingly antiquated, as they are slowly falling to the wayside of music being made available by streaming sites and even YouTube.

For Mize, it’s a labor of love that has spanned his entire adult life and beyond. His foray into the radio world starts with the stage. When Mize was a student at Lafayette High School, he decided to turn to theatre.

“I was never the class clown, per se, but I was always trying to be creative,” Mize recalls. “So, it led me to decide to get into theatre.”

A gift from his father when he was a child also helped plant the seed to find a job behind a microphone. Mize had asked for a cassette recorder when he was around 11 years old.

Mize even used the recording to recreate races with the help of his cousin’s truck. The truck had glass packs installed, and they would speed down the road while his cousin was the driver and Rick was the one interviewing him.

From there, Mize’s theatre teacher approached him, along with classmate and friend David Kellum, with the idea to do a radio show for the school. Radio was something Mize always enjoyed while growing up and listening to many of the big Memphis radio personalities of the time, including Rick Dees during Mize’s junior year at Lafayette in 1975.

“I was really taken by (Dees’) morning show and his fast-paced presentation, with his off-the-cuff, spontaneous humor that I thought that would be exactly what I want to do,” Mize said.

So, Mize, Kellum and Jim Martin began emulating Dees and creating their own personas for the morning show, which aired weekly across classroom speakers at Lafayette.

Those shows during his high school years propelled Mize into forming characters of his own while a personality on FM 98 by molding his humor from comedians he enjoyed through the years, including Mississippi’s own Jerry Clower.

From there, Mize got a job doing an overnight DJ’ing gig at a Memphis station, which provided a unique outlet to work on an assortment of ideas and characters. One of those characters was an alter-ego named “Ernie” where Mize would play himself but also this character and banter back and forth throughout the night.

Mize returned home to Oxford to help Kellum start up J107, and continued doing what he successfully created in Memphis.

The homecoming lasted only 10 months. Mize found his way to the Mississippi coast, where he got a job at the station 93Q. There, he was tasked with replacing a DJ who was extremely popular with the loyal listeners.

“He was very difficult, stressful time, quite frankly,” Mize said. “Because he was hard to replace and I didn’t do it how I was expected, because he was on the air for many years doing his schtick and I was a different guy.”

The stint at 93Q lasted for about 18 months, and came to an end due to a management change.

Eventually, Mize hit his stride when he became the manager and a popular morning show co-host on the Biloxi country station K99 in Pascagoula. It was during his time there that Mize won the CMA award in 1991.

“That was probably one of my greatest accomplishments in radio,” Mize said.  “We had a really good run there for about 10 years. Dominated the market. … It was a well-oiled machine.”

After seven years on the coast, Mize decided to return back to his roots in Lafayette County and has been a fixture ever since, both as a radio personality and as general manager of what is now Q105 and Supertalk North MS 93.7.

Mize got the band back together when he began a successful morning show with Jim Martin. The second homecoming marked the end of Mize using his characters and the pair strictly relied on their chemistry with one another to provide the entertainment.

“I very much admire anybody who does it on a national or local level and can keep up the spontaneity and make it compelling and entertaining,” Mize said of creating personalities. “It’s three hours a day. It’s a big task.”

In 2019, Mize made the decision to step away from his morning show host duties to spend more time running the two radio stations. It marked the end of a 30-plus year run where Mize sat behind the microphone entertaining people on their way to and from work.

While not coming across the airwaves as people travel through Lafayette County, Mize is still fighting the fight of keeping local radio alive in the place he first fell in love with radio all those years ago.