COMMENTARY: The hero that I want for Oxford, but not what it needs

Back in January, the Oxford Board of Aldermen passed a resolution to be in favor of allowing bars to stay open later.

This is, in part, to prevent patrons spilling out into the square in the early hours of the morning.

One way to prevent this spillage is to give patrons somewhere else to go, which is why I’m very much an advocate for a late-night restaurant on the square.

I know past columns here have called for a Target, Aldi’s or other kinds of grocery stores, and those inquiries are well founded. However, my idea addresses that spilling issue the Aldermen are looking to with their resolution.

Having conducted a few late-night tests of the square myself, I’ve come to this conclusion based on the fact most restaurants on the square are closed at 11 p.m. The closest place for any kind of food is Insomnia Cookies, which closes at 3 a.m.

Now, Insomnia Cookies is a great place. I once negotiated a $16, 12-cookie box for only $1 with a pair of friends.

DISCLAIMER: Don’t try this. My negotiations occurred at an Insomnia Cookies in Chicago, which had an issue where it needed to get rid of a bunch of cookies. But, I digress.

After that, the closest place for actual food, if you want to call it that, are Taco Bell and McDonald’s on University Avenue. McDonald’s is open 24/7 and Taco Bell is open until 1 a.m.

Granted, both fast food establishments are about a mile away from the square. But, walking that far in the middle of the night near a road that’s potentially filled with taxis and other drivers just seems like a hassle.

What I want on the square is something similar to one of my favorite spots in Chicago called The Weiner Circle.

This palace of debauchery closes at 4 a.m. and offers just the most basic fast food items. I say I want something similar to this because employees at this establishment are re-known for their crudeness. Seriously, look it up, it’s amazing.

Not everyone appreciates getting insulted in the wee hours of the morning, but relishing in fast food that late is much more enjoyable.

Now, granted, this is easier said than done. I completely understand there’s a much bigger process that I’m not privy to in the least.

It just seems like a late-night restaurant would go hand-in-glove in helping stave a spill of bar patrons into the square early in the morning. However, the city is already on top of this with its own resolution. 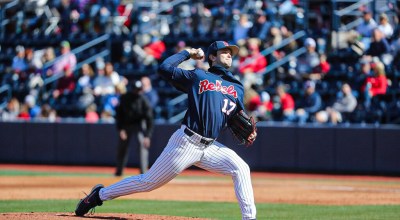