A year after falling from a roof, Running Santa… 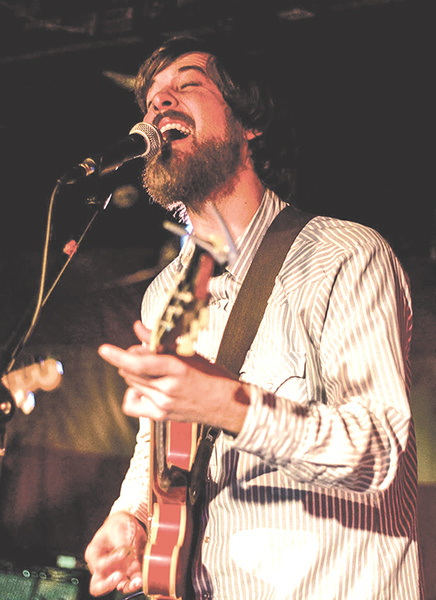 Self-proclaimed and proven “cosmic American rocker” Kyle Kimbrell is set for a free Show at Proud Larry’s tonight (Thursday, Jan. 11), his first since February 2016. Kimbrell, who was “born and bred” in Birmingham will have bandmates Jay McCarley and Joey Rudisell in tow. The Great Dying set to open the show.

“Jay (McCarley) will be playing bass and Joey [Rudisell] will be on drums,” Kimbrell said. “These guys also play in a bad-ass band called the New Devils that are definitely worth a listen.”

Kimbrell released his first EP, Lazy Bones, in 2016 which garnered strong reviews nationwide. He refers to the four-song EP as “cosmic American rock.” Me? I’m leaning more toward “smooth American folk/country/rock with a twist.” Not really sure if that’s a genre, but it’s accurate and it’s awesome. The obvious pedal steel guitar on “Bones” lays down a consistent background rhythm and undertone; cementing and highlighting Kimbrell’s smoky guitar and vocals.

“I originally considered myself a guitarist because that’s all I really did,” Kimbrell said in a recent interview. “But, I feel like I’ve found my voice in the last couple of years.”

And that, he has — as evidenced by his dynamic effort on both of his EPs and in his live shows. Need substantiation? Grab your girl (or guy), a glass of wine, kick back and check out “When we Meet” on Lazy Bones. Actually, ANY of the four songs emblazoned there will adequately confirm the universal fact — dude can sing.

Released last Sunday, Kimbrell’s second EP, Nobody’s Fool, features five songs that scream southern folk/rock — hard-hitting and emotional. Both EPs are now out on “Spotify, iTunes, YouTube … all that jazz,” according to Kimbrell.

Popular rockers, The The Great Dying consisting of Will Griffith (Billy Shakes) and Kell Kellum (Falcon Kell), are scheduled to open the night of alt/folk/country/rock. These guys take the whole “unplugged” theme to a new level featuring only acoustic and pedal steel guitars. Amazing sound. Amazing soul.

“The Great Dying is a fantastic group,” Kimbrell said. “They have that Mississippi sound — a sound that tugs at your heartstrings. I met Will and Kell at Dial Back Sound in Water Valley where I’ve recorded both of my EPs.”

Although Kimbrell is loaded with original songs, he and his bandmates are known to feature a few covers at each show.

“Tonight, we’ll mostly be featuring my originals, but we’ll also throw in a cover or two to make things interesting,” Kimbrell said.

For Kimbrell fans old and new; good tidings are on the near horizon.

“We are hoping to undertake a two-week tour this spring or summer in support of the two EPs,” Kimbrell said. “I’m also hoping to record my full-length album later this year.”

Awesome! Not only can dude sing — dude is busy.

Catch Kimbrell and his band along with The Great Dying tonight at Proud Larry’s located at 211 South Lamar on the Oxford Square. The show is free and doors open at 8. Hours of amazing regional music begins at 9.