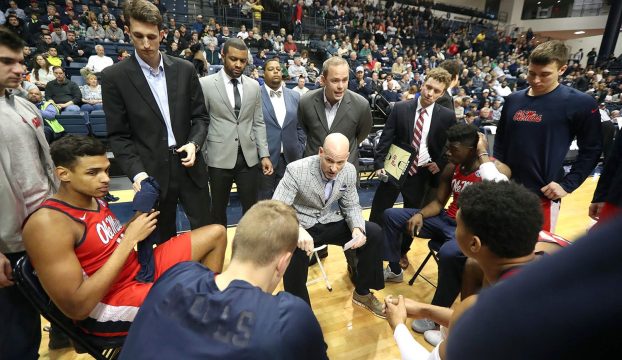 Stevens, who’s listed at 6-foot-8 and 257 pounds, averaged 16.1 points and 11.6 rebounds for the Bobcats this season as a sophomore, finishing third in the junior college ranks with 265 defensive rebounds. He shot 51.9 percent from the field and 81.6 percent from the free-throw line, but JCJC coach Rahim Lockhart said what separates Stevens’ skill set from that of other bigs is his ability to step away from the basket and provide offense.

Lockhart, who also played at Ole Miss, said the Bobcats’ offense was designed to get Stevens five 3-pointers a game. He made 38 percent of his attempts from beyond the arc.

Rated as the nation’s No. 6 overall junior college prospect by JucoRecruiting.com, Stevens, who also had offers from Georgetown, Mississippi State, Oregon State and others, could make an immediate impact for the Rebels with Saiz, the only player in the Southeastern Conference to average a double-double this season, out of eligibility, which Lockhart said was the ultimate draw for Stevens to Ole Miss.

“Ole Miss had a pretty good year this year, the NIT quarterfinals,” Lockhart said. “They’re not losing much, but they’re losing people at key positions that will open it up for younger guys to come in and play.”

But for Stevens to maximize his potential at Ole Miss, Lockhart said he’ll have to continue playing himself into better shape in order to keep up with the pieces the Rebels already have in place.

Drake transfer Dominik Olejniczak, a legit 7-footer, will join the fold next season after sitting out this season because of NCAA transfer rules. Freshman Karlis Silins, at 6-11, will be back after missing most of this season with a torn ACL.

The Rebels also have more frontcourt help coming in Massanutten Military Academy forward signee Jamarko Pickett, another addition that could allow Justas Furmanavicius to move to small forward next season after spending most of this season as an undersized power forward. The 6-8, 190-pound Pickett is ranked as the nation’s 113th high school player by Rivals.com and 93rd by ESPN.

Lockhart said Stevens arrived at JCJC two years ago at 290 pounds before getting to his current weight and averaging a double-double despite playing just 22.2 minutes a game. If Stevens can shed about 20 more pounds by the time next season rolls around, Lockhart said he believes there’s no limit to what his former player can accomplish at Ole Miss and beyond.

Stevens would give Ole Miss 12 scholarship players for next season should he eventually sign, leaving the Rebels with one more scholarship available for the spring signing period, which begins April 12. More could become available if any underclassmen on the roster decide to transfer.

Excited to announce that this fall I will attending The University of Mississippi. #HottyToddy ?? pic.twitter.com/M2jgIvY6wb