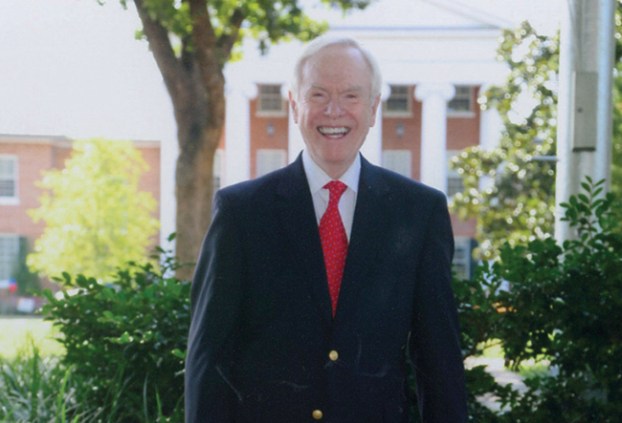 Author Al Povall will be signing and reading his book A Time Remembered on Wednesday at Off Square Books at 5 p.m.

Oxford’s Al Povall is raising the bar on timeless Ole Miss stories by releasing his latest book, A Time Remembered.

Featuring first-hand stories from many people you know, including Curtis Wilkie, Judy Trott, Snooky Williams, Will Lewis Jr. and more, Povall’s A Time Remembered is an oral history of stories from Ole Miss (and Oxford) from 1945 to 1970.

Among the more memorable pieces in Povall’s book is from Kay KIame Churchill, who tells of the opening of Kiame’s Restaurant and Drive-In in Oxford in 1952 and surrounding tales.

Povall is a native Mississippian who holds both a B.A. and a J.D. from the university, as well as an LL.M. from the Yale Law School.  As a Naval officer, he served two combat tours in Vietnam and, with his wife, Janet, lives in Oxford.

Povall is signing copies of his new book on Wednesday at 5 p.m. at Off Square Books. He will be joined by many subjects in the book for the event and reception and the public is invited.

In A Time Remembered, Povall has compiled in chronological order over 120 interviews with students who attended Ole Miss during what has long been known as a golden era in the history of the university.

That time period, beginning in 1945, encompasses the tenure of Chancellor J. D. Williams and the years during which Coach John Howard Vaught headed the football program. The story actually begins, however, with a prelude in which three alumni discuss the war years: Marilyn Howell Bullion, William Winter, and Lila Lee Nosser McWright.  From there, the story moves swiftly into the post-war years and unfolds through the voices of those who were at Ole Miss during this halcyon time.

A Time Remembered is the remarkable companion to A Tapestry of Red and Blue, which, based upon sixty-five interviews, covered the same time period, but addressed only sports.  Here, the storytellers tell about everything else — from clothes to food to dances and raucous parties.  The memories are at once startling, amazing, hilarious and poignant, as Lila Lee Nosser McWright reminds us:

“Lebanese girls didn’t go through Rush. There was probably discrimination against Lebanese girls, Jewish girls, and I guess Italian girls. Greek girls got into Phi Mu.  So when I went to Ole Miss, I didn’t expect to be rushed. It had been that way all my life and it didn’t bother me. It was just a fact of life.”

That era was a time during which Ole Miss produced Rhodes and Fulbright scholars, championship football and baseball teams, future U.S. Senators, a Pulitzer Prize winner, at least three governors, an LSU chancellor, and two Miss Americas.  But as all alumni know, within that glory lurked darkness: on September 30, 1962, the James Meredith riot swept through the University like a wild Mississippi thunderstorm.  That moment — that event — not only constituted a dark chapter in the history of the university, but it also irrevocably changed Ole Miss in a myriad of ways that are still evident today.  The students who observed these things, now — over fifty years later — tell of them in ways that the reader will not have heard before.

In the hilarious category are stories such as that of Millard P. Burt, an African-American who worked at the SAE house during the fifties and sixties and recalled — among many other memories of parties and bootlegged whiskey and beer — an SAE party out in the country, away from the scrutiny of the administration:

But in the end, this is a story of love — palpable love — that the reader will feel in a visceral way.  It is also, however, a social history and a valuable historical record of a special time not only in Ole Miss history, but in the history of our state and country.

Povall is the author of The Time of Eddie Noel, which was a nominee for the Mississippi Institute of Arts and Letters best non-fiction award in 2011, as well as A Tapestry of Red and Blue, the companion to this book, which was published in 2015.